A short guide to the middle east:

The Coalition of the Killing

Kerry, who compared Assad to Adolf Hitler and Saddam Hussein yesterday, is pictured around a small table with his wife Teresa Heinz and the Assads in 2009. 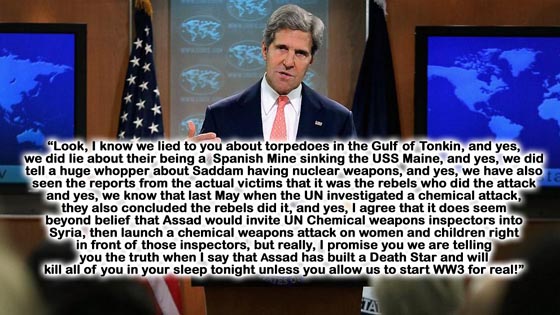