Kennedy apparently reasoned that by returning to the constitution, which states that only Congress shall coin and regulate money, the soaring national debt could be reduced by not paying interest to the bankers of the Federal Reserve System, who print paper money then loan it to the government at interest.

He moved in this area on June 4, 1963, by signing Executive Order 11,110 which called for the issuance of $4,292,893,815 in United States Notes through the U.S. Treasury rather than the traditional Federal Reserve System. That same day, Kennedy signed a bill changing the backing of one and two dollar bills from silver to gold, adding strength to the weakened U.S. currency.

Kennedy's comptroller of the currency, James J. Saxon, had been at odds with the powerful Federal Reserve Board for some time, encouraging broader investment and lending powers for banks that were not part of the Federal Reserve system. Saxon also had decided that non-Reserve banks could underwrite state and local general obligation bonds, again weakening the dominant Federal Reserve banks.

A number of "Kennedy bills" were indeed issued - the author has a five dollar bill in his possession with the heading "United States Note" - but were quickly withdrawn and destroyed by Lyndon Johnson after Kennedy's death.

According to information from the Library of the Comptroller of the Currency, Executive Order 11,110 remains in effect today, although successive administrations beginning with that of President Lyndon Johnson apparently have simply ignored it and instead returned to the practice of paying interest on Federal Reserve notes.
Zum Vergrößern anklicken.... 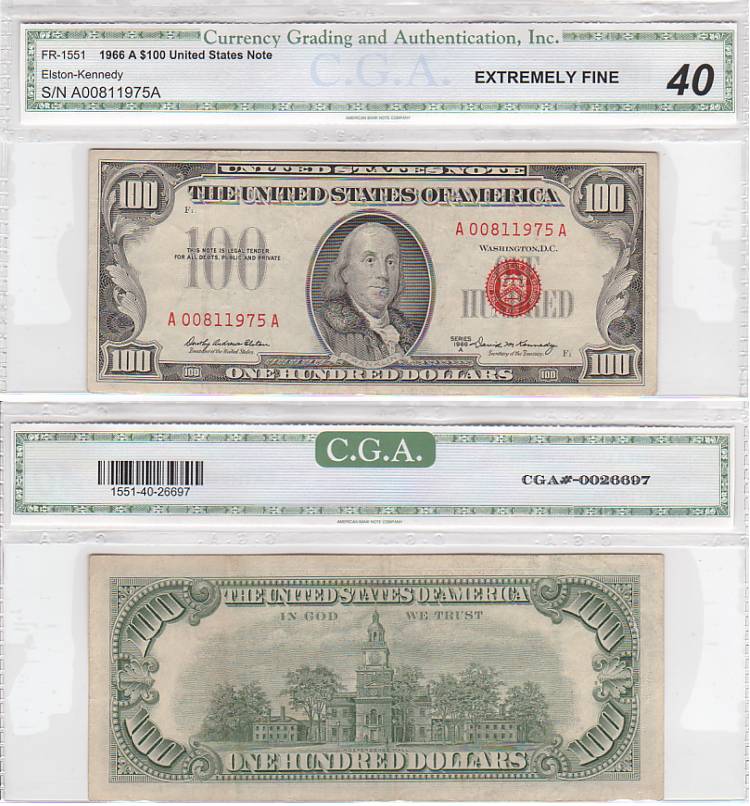 
"We will do whatever is necessary, we will spend what is necessary, to achieve this essential victory in the war on terror, to promote freedom, and to make our nation more secure."
-- George W. Bush on Iraq, Sept 7, 2003

"We shall pay any price, bear any burden, meet any hardship, support any friend, oppose any foe to assure the survival and the success of liberty."
-- John F. Kennedy on Vietnam, Jan. 20, 1961
I